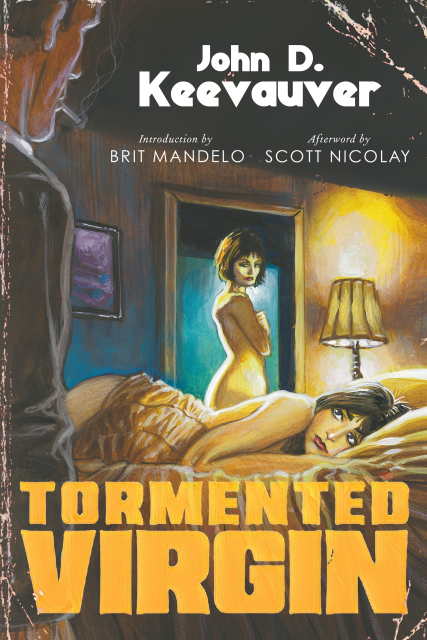 Releasing in early Summer of 2019!

Originally published in 1962, John D. Keefauver's Tormented Virgin is one of a thousand of pulp novels that sought to entice readers with a salacious story. The novel follows Gene through his romance with the young and attractive Faye, as well as his attraction to Mickey--the lesbian who is attempting to seduce Faye--and also Mark, his own best friend. This confusion of gender and attraction creates a subversively queer milieu for a novel. Keefauver's novel is not only emblematic of mid-20th-century mainstream society view of bisexuality, but a growing awareness of sexual energy and the struggle of queer individuals in a ''new America.'' Lethe Press is proud to release this pulp novel, rescued from literary oblivion primarily for its provocative character, with a foreword by scholar Brit Mandelo and afterword by author Scott Nicolay. Featuring new artwork by modern pulp master James O'Barr.