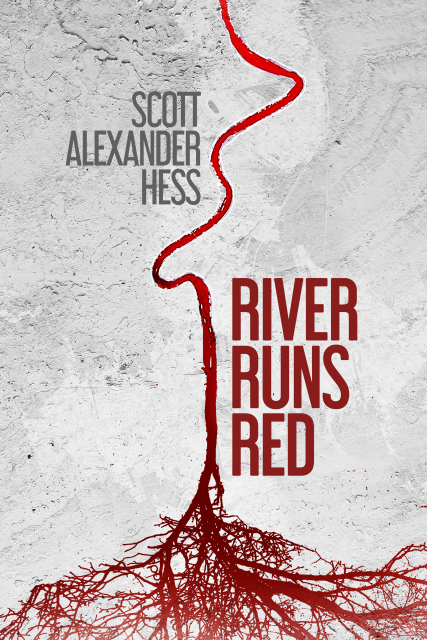 Calhoun McBride and Clement Cartwright are men from different worlds. Young Calhoun works backbreaking, midnight shifts at the Snopes Brewery...and earns a little extra selling his body to eager men. Clement left St. Louis to pursue his architectural ambitions and returns to great fanfare as the man planning the city's first skyscraper. But one steamy night, by the Mississippi River, both men find themselves drawn to one another. But what chance has brought together, the machinations of a bitter and cruel man, Belasco Snopes, who thinks St. Louis belongs to him…down to its people, victims for all his appetites. Lambda Literary Award finalist Scott Alexander Hess’s new historical novel offers readers a sultry story with menace.

Add to Cart
"This captivating novel, complete with tasteful homoerotic themes, is immersive and tactile. The sweat lingers from the stifling heat, you smell the lush gardens and you feel the mud of the Mississippi between your toes." - Chris Andoe, author of Delusions of Grandeur

​"Through lush, lyrical prose and intricate storytelling, Hess examines the emotional intensity at the heart of the human condition. Writing authentic dialects that reflect a richly textured time and place, Hess crafts the unique voices of four distinct characters, whose ambitions, terrors, and illicit desires clash dramatically on the banks of the Mississippi that contains all their secrets." - Amy Dupcak, author of Dust
Purchase from Amazon
Button Text