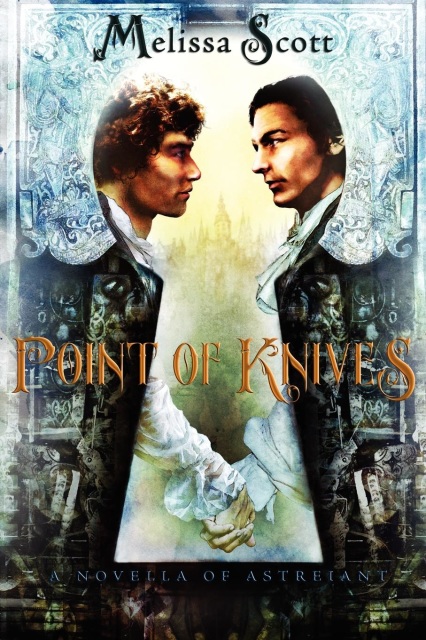 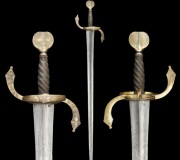 Point of Knives takes place in the interval between the widely praised earlier novels Point of Hopes and Point of Dreams. A fantastical mystery and a rousing adventure, Point of Knives also reveals for the first time the beginning of the romance between Adjunct Point Nicolas Rathe and ex-soldier Philip Eslingen. The events of Midsummer have hardly been forgotten by the Fall Balance, and Nicolas Rathe can hardly complain that they;ve done any harm to his reputation, or to the reputation of the Points in general. However, it has meant that he's more in demand as an investigator, and the increased recognition and workload has made it hard to pursue friendship, or anything more, with Philip Eslingen, his comrade in the rescue of the stolen children. Eslingen is still Hanselin Caiazzo's bodyguard and Caiazzo is involved in any number of questionably legal ventures, and it does neither of them any good to be seen too often in each other's company. When a father and son who are both rumored to have been pirates are murdered on the same night, and Rathe finds Eslingen standing over the son's body, Eslingen proves his innocence easily enough, though he refuses to say exactly what errand he's running for Caiazzo at that hour of the morning. But when the old man's grandson and the son's self-proclaimed wife quarrel over the son's meager belongings, and Caiazzo dispatches Eslingen to represent his interests in the investigation, Rathe begins to wonder if their friendship is going to survive. Or whether they'll survive at all.