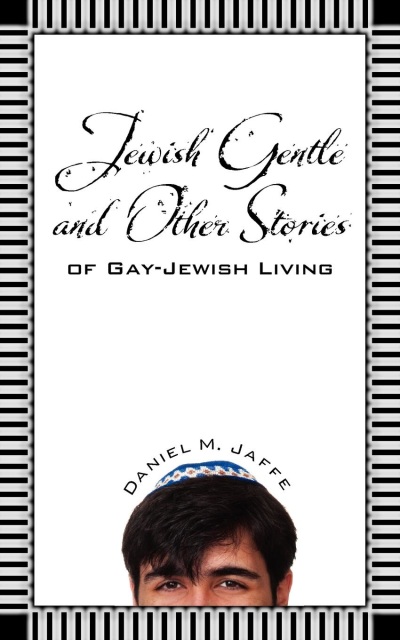 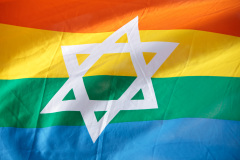 Jewish Gentle and Other Stories of Gay-Jewish Living

"We know the territory that Jaffe writes in-lush, stark, unexpected, a Jordan flowing through it with Real on one bank and Dream on the other. Jaffe is not afraid to write about violence, or blasphemy, sometimes comically and sometimes horrifically....you are holding in your hands this new book of his. Where fractured novel and story collection are Velcroed to the music he composes, his Torah of the moment, the stories of our gay queer Jewish lives, seen and reseen, heard and reheard, with a lush orchestra of lived experience playing in the background. A collection of stories that could be a novel, the sections of a novel shuffled like a deck of cards. A lush Jewish gamelan for queer ears, queer hearts, queer minds. And otherwise."-- from Andrew Ramer's Introduction

In Jewish Gentle and Other Stories of Gay-Jewish Living, Daniel M. Jaffe explores various aspects of gay-Jewish life: coming out to self and family; (re)defining one's relationship to tradition and faith; surviving child abuse and teenage sexual identity angst; experiencing the adult joys and heartbreaks of dating, of forming relationships, and of losing them; coping with HIV/AIDS; considering parenting; and dealing with old age. Mirroring the diversity within contemporary American Jewish life, the main characters in these twenty-four stories are Jewish, but in various ways-some wrestle with religion, others with their place in tradition and community. Yet for other characters here, Jewish identity is not at issue in the pursuit of happiness, love, and inner peace; rather, Jewishness is a cornerstone given, a foundational lens through which these characters see and examine the world and self.

Paperback, 248 pages
Add to Cart
''Jaffe's collection of stories exploring 'gay-Jewish living' covers a wide range of events from coming out to hooking up, to meeting lovers, to mourning them. His narrators span a wide range of identities across age, sexual orientation, gender and, in one less successful tale, species. What is most striking about Jaffe's writing is his capacity to take the most time-worn tableaux and breathe new life into them. With only one or two exceptions was I surprised by where one of his stories went or how it ended; in most cases, by the third or fourth paragraph, I was fairly clear how each narrative was going to unfold. But Jaffe's gift with language, with voice, with temporality, with suspense, with humor, with character, with mood made each of his tales utterly engaging. Never has the familiar felt as fresh as it does in Jaffe's stories.'' - Out in Print

As the canon of gay-Jewish literature grows--encompassing novels, plays, poetry, memoirs, and nonfiction--Daniel M. Jaffe adds this collection of short stories to the list. The subjects he addresses have, by now, often been covered by others: relationships and infidelity, community and rejection, faith and identity. But Jaffe's choice of the short story as his medium allows him to focus on specific, thorny issues facing gay Jews, as well as the broader Jewish community, with unique intensity. His tales are concise, clearly written, and widely accessible. His characters are sympathetic yet flawed; their emotional undercurrents are vulnerable and romantic at heart, and their religiosity deeply ingrained, while their sexuality is frequently frank but never vulgar....Taken together, this is the most powerful collection of short stories about gay Jews since Lev Raphael's Dancing on Tisha B'Av blazed the trail more than 20 years ago.'' - Jewish Book Council

''Addressing issues such as coming out to one's self and family, tradition and faith, child abuse, teenage sexual identity angst, dating and relationships, HIV/AIDS, parenting, and old age, the tales of love, yearning, desire, confusion, loss, and finding oneself are heartwarming and heartbreaking. They all draw readers into situations anyone might encounter. In one story, a respected spiritual leader takes advantage of a young boy, and community ostracizes the boy s family rather than supporting them. In another, one of a newly-wed couple explains he identifies as trans. Jaffe's intimate stories show his sensitivity.'' - GLBT Round Table of the American Library Association