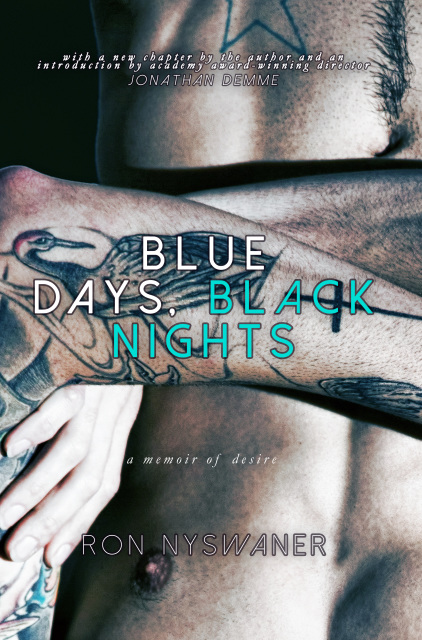 A Memoir of Desire

In the years immediately following his Academy Award nomination for Philadelphia, screenwriter Ron Nyswaner fell through the rabbit hole. This gripping, intimate, and darkly comic memoir chronicles this period in his life, a -period where a raging drug addiction collided with an obsessive and almost fatal love affair. A wrong turn down a one-way street in the shadow of the Sunset Strip's Chateau Marmont leads Academy Award-nominated screenwriter Ron Nyswaner (Philadelphia, Soldier's Girl) on a journey that will nearly drown him in the intoxicating, impulsive, maddening, tragic, and transformative nature of love. Despite the success of his latest film, Ron has been fighting depression and contemplating self-destruction. "I don't want a mediocre, empty life," he tells his psychiatrist-acupuncturist-herbalist after halfheartedly attempting to hang himself with a belt. Then, on a trip from his home in upstate New York to Los Angeles, Ron meets and falls for world-weary Johann, a Latin-quoting, leather-clad hustler with a vague, European accent. In the next year Johann will teach him many things: how to make a crack pipe out of a soda can, how to come down from a crystal meth binge, how to walk down a city street as if he owns it, how to beg for "more" in Hungarian, and how to lose oneself utterly in reckless passion. If he can survive it, loving Johann might be Ron's salvation.

This new edition of the memoir offers an introduction by acclaimed filmmaker Jonathan Demme and added epilogue by the author.

Add to Cart
"... the uncompromising book also paints a hilarious portrait of a Hollywood that's louche and yet primly moralistic." - Jesse Green for The New York Times

"This beautifully honest tale of the author's doomed drug-ladden love affair with a hustler is also a beautifully written page-turner." - The Advocate

"With unsparing honesty, Nyswaner conjures the sensation of a crystal meth high and the ensuing paranoia. His explicit accounts of sex with Johann aren't titillating, but rather tinged with the yearning for submission that Nyswaner so desperately craves." - Publishers Weekly

"In this thoroughly engaging, never self-pitying memoir of his passionate love for the man he only thought he knew, Nyswaner recounts his dissolute indulgence in drugs, drink, and hustlers, revealing a self-destructive lifestyle of which hunky Johann is only a part. Some may turn away from the book's graphic, but always compelling, scenes of drug use, self-degradation, and mutilation, but others may take comfort in the fact that someone so deeply sunk in a cycle of despair and destruction bounced back to tell his tale." - Booklist