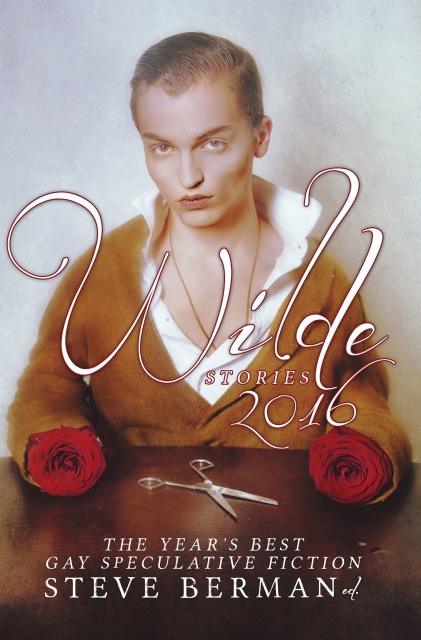 SKU: 9781590216132
$15.00
$15.00
Unavailable
per item
The Year's Best Gay Speculative Fiction
ed. by Steve Berman
​
Reality and memory; imagination and oblivion. Somewhere between these signposts can be found the events of Wilde Stories 2016: a future world has forbidden the songs of dancefloor divas but on one night the show returns as a cautionary exhibition; high school outcasts create a fictional scapegoat and then his body is found; and let us not forget that colonial Mars needs Oscar Wilde, but then, who doesn't?

"Imaginary Boys" by Paul Magrs
"Wallflowers" by Jonathan Harper
"Camp" by David Nickle
"The Ticket Taker of Cenote Zací" by Benjamin Parzybok
"The Duchess and the Ghost" by Richard Bowes
"Lockbox" by E. Catherine Tobler
"What Lasts" by Jared W. Cooper
"He Came From a Place of Openness and Truth" by Bonnie Jo Stufflebeam
"The Language of Knives" by Haralambi Markov
"To Die Dancing" by Sam J. Miller
"Edited" by Rich Larson
"Envious Moons" by Richard Scott Larson
"Utrechtenaar" by Paul Evanby
"To the Knife Cold Stars" by A. Merc Rustad
"The Astrakhan, the Homburg, and the Red Red Coal" by Chaz Brenchley

Paperback, 246 pages
Add to Cart
"Many troubled characters in these stories face self-hatred, homophobic parents, and defeatism, but they rise above with inspiring determination to love whomever they choose; each story excels as speculative fiction as well." - Publishers Weekly, starred review