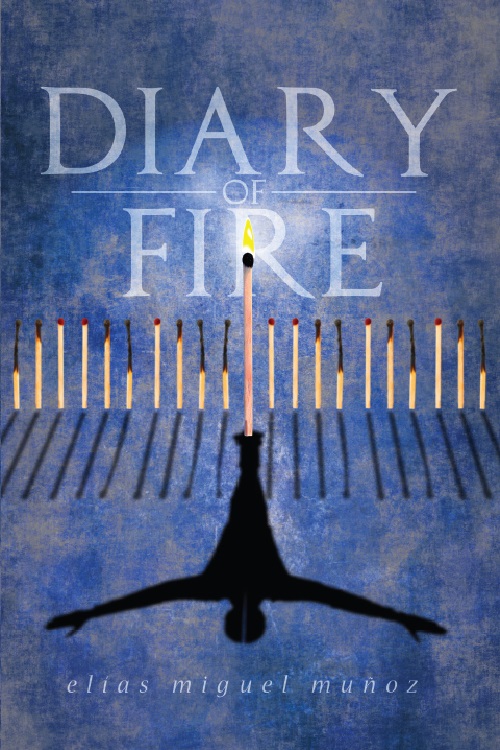 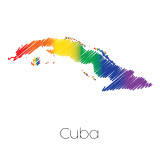 Ardently infused with the theme of exile, Diary of Fire tells the story of political refugee Camilo Macías, who, as a boy, flees Cuba with his parents in 1969 to settle in Los Angeles. Narrated as memories from a present of loss –a fire has consumed Camilo's home–, the novel weaves together journal entries, poems, letters, photos, and excerpts from the character's first published work of fiction. Ingenuously, Camilo sees those scattered writings as pieces of a puzzle that will some day be completed, thus showing him "the big picture." Key issues emerge from his narration: the sexual and physical abuse Camilo suffered as a child and the resulting trauma, his conflicted relationship with both communist Cuba and the Cuban exile communities in the United States, his bisexual nature, and the strained relationship he has with his father. Ultimately, Diary of Fire relates a story of survival. Events unfold as passages from a memoir. as he paints a self-portrait of a bisexual Cuban American writer in exile, Camilo strives to build a life out of fear and cruelty and ashes, but also out of hope.

Elías Miguel Muñoz is a Cuban American poet and prose writer. Dr. Muñoz is the author of Viajes fantásticos, Ladrón de la mente, and Isla de luz, titles in the Storyteller's Series by McGraw-Hill. He has published five other novels, two books of literary criticsm, and two poetry collections. His creative work has been featured in numerous anthologies and sourcebooks, including Herencia and The Scribner Writers Series:Latino and Latina Writers.

Paperback, 350 pages
Add to Cart
“When I read Elías Miguel Muñoz, I always feel like I’m encountering a slice of my own life I haven’t discovered yet. Th is sensation was even stronger reading Diary of Fire, a roman à clef that explores exile and alienation through the lens of gender, sexual orientation and ethnicity. Surprisingly, Diary of Fire also dares take on the possibility of—gulp— contentment, of coming to peace with our contradictions. So there’s hope! Diary of Fire is delivered with Muñoz’s usual brilliance, humor and passion, which means it’s, as expected, utterly delightful.” - Achy Obejas, author of the novels Memory Mambo, Days of Awe, and Ruins

“This captivating novel is a tribute to the voice: the voice of memory and history, the voices of memorable songs, the voices of friends, lovers, family, mentors, other writers, critics and philosophers, all woven together like an elegiac and often hilarious symphony. The narrator states at one point, paraphrasing Mikhail Bakhtin that ‘Truth, to be uttered, needs a multitude of voices.’ It is this multitude of voices—from the novels of Manuel Puig to Roland Barthes to musical numbers in Mame and of the many characters—that yields an intimate epic of ‘small yet significant lives, not great deeds.’ These unheroic yet meaningful lives are poignantly rendered by Muñoz in a clean, poetic prose, laced with longing, desire, and good old Cuban choteo.” - Alan West-Duran, author of Tropics of History, Finding Voices in the Rain, and Cuba: A Reference Guide

“Quintessentially Caribbean in its rejection of a binary approach to identity formation, Diary of Fire proposes a kind of poetics of indeterminacy, an alchemistic vision in which the contrapuntal and paradoxical reside alongside the monophonic and homogeneous. The novel takes account of the complex, fluid aspects of human apprehension and the intersectional nature of experience in its exploration of the myriad ways in which one reconstitutes, translates and transforms the self in the context of movement and cultural dislocation. Striving to erase himself from all maps and break those mirrors that reflect backwards, Muñoz’s protagonist embraces the ephemeral, and inhabits an interstitial Puigian space where past, present and future coalesce; gender, ethnicity, and sexuality are on a continuum; pleasure and desire are polyphonic; and art and lived reality interface.” — Andrea O’reilly Herrera, author of Remembering Cuba: Legacy of a Diaspora, The Pearl of the Antilles, and Cuban Artists Across the Diaspora: Setting the Tent Against the House

“Diary of Fire by Elías Miguel Muñoz is the compelling immigrant story that has not been told before. The novel opens with the protagonist Camilo attending grad school in Southern California where he cannot seem to meet anyone’s expectations. Whether it is his bisexuality, his anti-Castro yet leftist political views, or being the only Cuban among other Latino immigrants, his mother and father, friends and academic colleagues are each pushing him to conform to their own image. When Camilo decides to reveal a secret that has haunted him since his childhood in Cuba, he enters a new path of his choosing through this strange American landscape. As Muñoz describes Camilo’s journey, he treats the reader as an intimate, with knowing details and presence, as if he were describing your own friends or perhaps aspects of your own life. With the reestablishment of relations with Cuba, Diary of Fire is a must read to understand the complexities of Cuban life and culture.” — Alan Lessik, author of The Troubleseeker​

You may also enjoy: 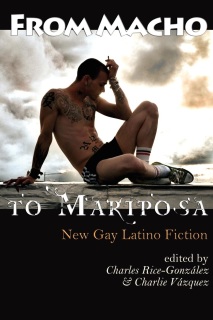 From Macho to Mariposa

Prepare yourself to dance in a disco in Silver Lake, check out papis in Orchard Beach, cross the border from Guatemala to Mexico on your way to the U.S., see a puro macho bathe in a river in Puerto Rico, make love under a full moon in the Dominican Republic, sigh at a tender moment in an orange grove in Lindsay, visit a panaderia in Kansas, see a full blown birthday party in Juarez, and be seduced by a young artist in the South Bronx. These are some of the stories in this collection of thirty gay Latino writers from around the United States. There are "don't mess with me" divas, alluring bad boys, and sexy teenagers, but also empowered youth for whom being queer is not a question and a family that grows wings on their heads. The infectious rhythms of House music in New York City are adjacent to cumbia in Mexico, next to reggaeton in Puerto Rico, alongside Latin pop in L.A. and merengue in an east coast city. But the spectrum of experiences and emotions that inhabit our days gives these stories dimension and gay/queer Latinos a common ground. The stories are vibrantly varied and clearly connected in this "era of lost signals" in which we live.