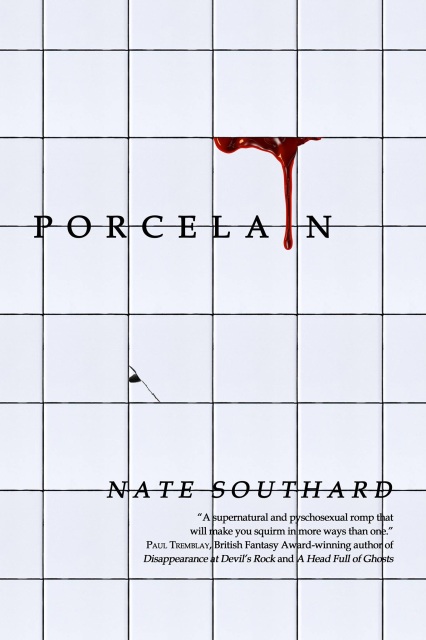 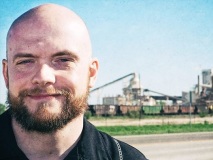 Comedian Jason Hawks carries with him a mountain of emotional issues and an impressive drug habit. When he learns his high school sweetheart went on a shooting spree before turning the gun on herself, he returns home to confront a past that includes a drunken orgy in an abandoned factory and six close friends who never spoke to each other again. Something more sinister is at work than teenage hormones, however, and what Jason learns as he reconnects with his past will either fix him or shatter him further. And it could send an entire city into an abyss of lust-fueled horror.

Add to Cart
"Equal parts horror and character-driven redemption tale, Nate Southard's Porcelain is a supernatural and pyschosexual romp that will make you squirm in more ways than one."  - Paul Tremblay, author of A Head Full of Ghosts and Disappearance at Devil’s Rock

“In Porcelain, Nate Southard turns his talents to one of the central horror stories of the modern era:  a band of old friends drawn back together to confront an evil from their youth. The characters who populate these pages carry their damage with them, but they struggle to overcome it as they wrestle with the sinister forces they uncover.” - John Langan, author of The Fisherman

“Southard has carefully crafted a suspenseful story that makes the reader beg to know more with every page. An addicting read from beginning to end.” - Tiffany Scandal, author of Jigsaw Youth and Perdida

“Nate Southard’s Porcelain is the kind of mature erotic body horror that brings to mind Cronenberg at his venereal peak. Southard deftly navigates the existential space between good sex and the threat of losing one’s physical autonomy without crossing the line into either prurient exploitation or puritan judgment. He handles his flawed characters’ anxieties about the past and the present with care, while keeping the central mystery moving forward at a compelling pace. Porcelain made me lose sleep because, like the characters in it, I couldn’t stop myself once I started it. You had better block off some time before you go inside this book. It’ll take you over.” - Bracken MacLeod, author of Stranded and Come to Dust