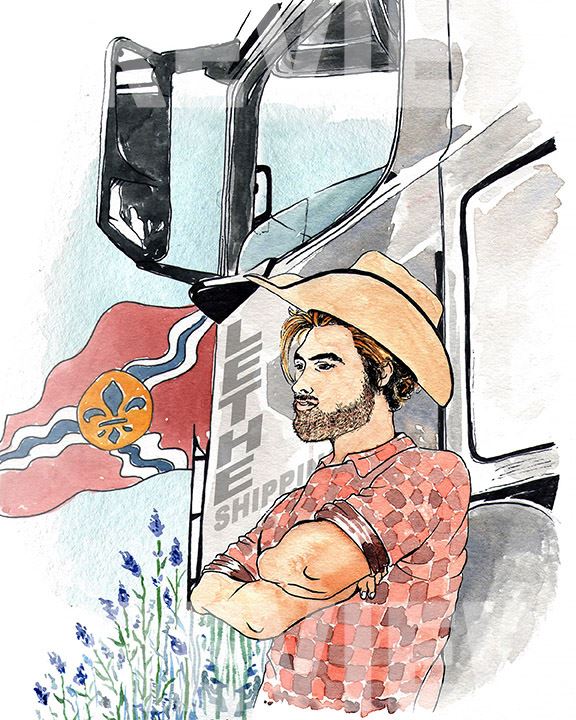 A chance meeting at an all-night diner puts together the unlikely pair of Tim Dawson, a 23-year old bar-hopping songwriter, and Castor Williams, a 35-year old trucker off the gay grid, who lives either in his truck or with his ailing mother. From the start, it’s a hard take off, what with Castor’s disinterest in a relationship and Tim’s trying to force it through. He wants to take Caster into the bars, into the shopping malls, down to antique row on Cherokee Street. ​To make matters worse, Castor’s admits to having an occasional affair with his sister’s husband when they go out partying. Jerry Rabushka's novel is the blue-collar Midwestern drama gay readers have been pining for.

Jerry Rabushka is a novelist, playwright, musician, and composer. Over 100 of his scripts have been published and are produced throughout the U.S. and internationally. He's won several writing awards including the Saints and Sinners playwriting contest in 2010 and its short fiction contest in 2012 and 2016.