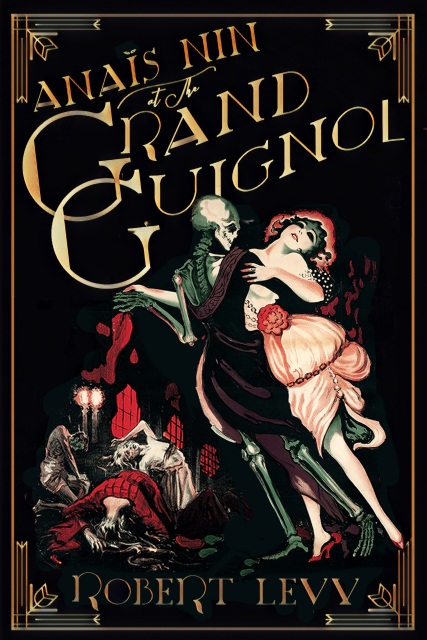 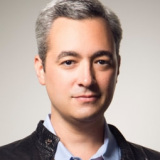 Anaïs Nin at the Grand Guignol

A Novella by Robert Levy

Paris, 1933. In the aftermath of her love triangle with novelist Henry Miller and his dancer wife June, thirty-year-old Anaïs Nin is left reeling. Stifled by her bourgeois marriage, she retreats into the midnight world of the Grand Guignol, the legendary theatre of horror and fear whose devoted patrons thrill at the macabre spectacles depicted on the black box stage. It is there that she falls under the spell of the actress Paula Maxa, known as The Maddest Woman of All Time, who awakens Anaïs to a secret realm of bewitchment and vice, of pleasure and pain. Only Maxa already belongs to Monsieur Guillard, the lustful night creature that haunts the dark streets of Pigalle. As the demon lover's insatiable hunger grows stronger by the hour, Anaïs finds herself trapped in a far more dangerous triangle, a cat-and-mouse game with Maxa's very soul as the ultimate prize.

Robert Levy is the author of unsettling stories and plays whose work has been seen Off-Broadway. His work has been called "idiosyncratic and disarming" (The New York Times), "ambitious and clever" (Variety), and "smart" (The Magazine of Fantasy & Science Fiction). His first novel, the contemporary dark fairy tale The Glittering World, was a finalist for the Lambda Literary Award as well as the Shirley Jackson Award. Robert currently lives in his native Brooklyn. He teaches at the Stonecoast MFA Program in Creative Writing.

"The writing is  beautiful, from the descriptions of place, to the sex, to the macabre world of the bizarre theatre.  A mysterious, whirling fantasy." - Jeffrey Ford, award-winning author of A Natural History of Hell and Ahab's Return

"Robert Levy gives us the best seat in the house for the only show that matters, the dark delirious battle of sex and death, in Anaïs Nin at the Grand Guignol. Applause!" - Kathe Koja, author of Cipher and the Under the Poppy trilogy