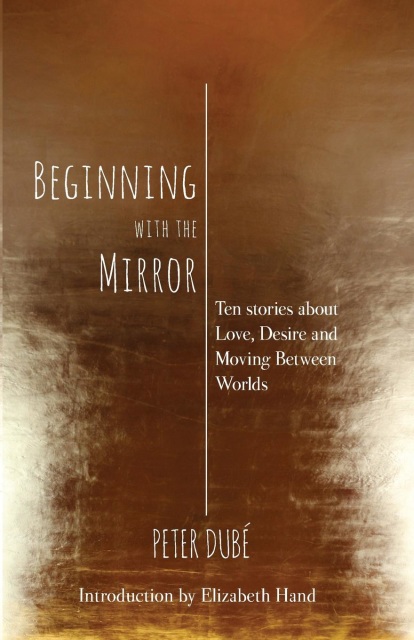 Beginning With the Mirror

Jean Genet stated: "Anyone who knows a strange fact shares in its singularity." A few strange facts within this book, the latest collection by Shirley Jackson award finalist, Peter Dubé, are: the heat within a boy or a man can be muscular, be with purpose, be all consuming; mobs become consuming entities, shifting and hungry and with no humane intention despite being once composed of humanity; poets and actresses and students are words and words have power and resonance and walk on two legs and sometimes soar but more often haunt; and we can never forget that memories batter and wound, their shape defined like a blade or reflective like a silver-backed mirror. Dubé's short stories are eerie and fantastical and chip away at the known world until there are wide cracks that reveal many a strange fact to all of us at once.

Paperback, 178 pages
Add to Cart
''Dubé offers the reader 10 hauntingly poetic visions of everyday situations with a supernatural bent. At first the stories seem unconnected, but themes quickly appear: earth, air, fire, water, love, loss. The writing is both lyrical and oblique, creating a dense landscape of meaning and symbolism and resisting the casual reader while rewarding those who take the time to study at their leisure.'' - Publishers Weekly

"Like a magic wand, Dubé’s poetic pen mesmerizes with sumptuous metaphors while beauty mingles seductively with recklessness and wreckage. Dubé’s sixth book, an addition to his already noteworthy contributions to gay literature, serves up stories that are often surreal, sometimes supernatural, and never static." - Kimberly Bourgeois for Montreal Review of Books

Have you read Peter Dubé's novella, a finalist for the Shirley Jackson Award? 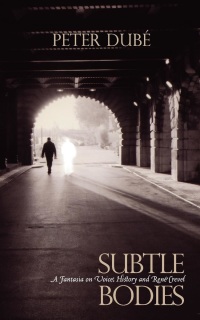 It is Paris, 1935, and the poet Rene Crevel (with whatever accent mark) has turned on the gas stove in his apartment. As death fills the rooms, Crevel dwells on past events that changed his life and ended the peace among the Surrealists. Years earlier, Crevel enacted seances for Andre Breton and his guests. At first, these performances were fraudulent, but soon Crevel found himself overcome with lapses in memory and time. Portents made during the seances came to pass as Breton's friends fell under a morbid influence. While in a trance, Crevel felt his sense of self expand to new levels, subtle bodies of consciousness. Beings he named "Interlocuters" began to whisper to him of other worlds, other times. What at first feels like a revelation soon brings Crevel to the depths of despair. In this fantastical biography of Crevel, accomplished Canadian author Peter Dube, explores the famed poet's desires of flesh and verse and experience.