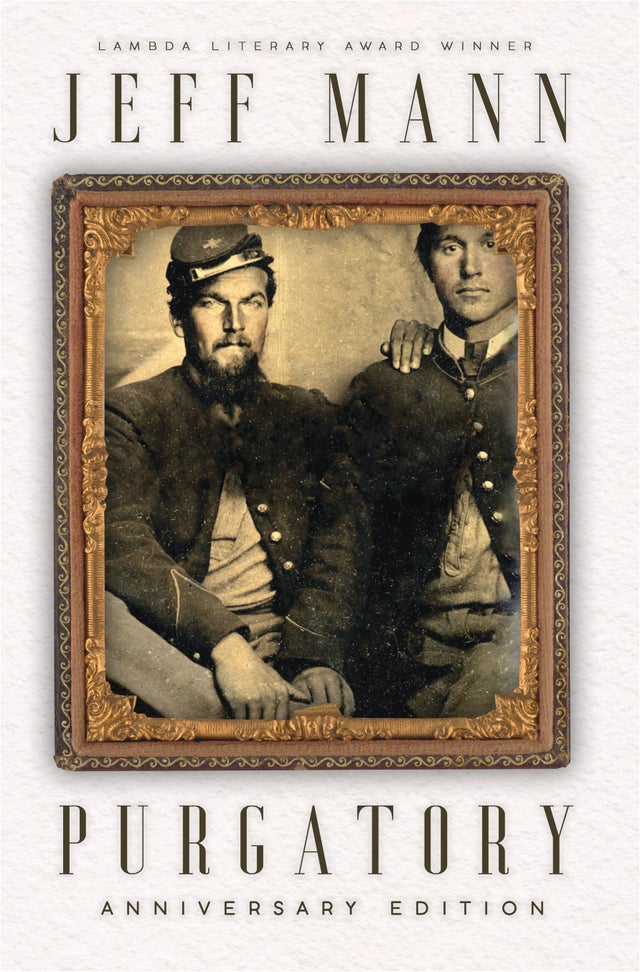 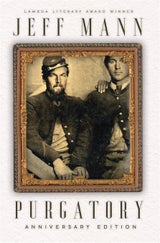 Anniversary edition releasing in July of 2022!

During the Civil War, two young soldiers on opposite sides find themselves drawn together. One is a war-weary but scholarly Southerner who has seen too much bloodshed, especially the tortures inflicted upon the enemy by his vicious commanding officer, his uncle. The other is a Herculean Yankee captured by the rag-tag Confederate band and forced to become a martyr for all the sins of General Sheridan's fires. When these two find themselves admiring more than one another's spirit and demeanor, when passions erupt between captor and captive, will this new romance survive the arduous trek to Purgatory Mountain?

One of Lethe Press's best-selling novels has been re-released in an anniversary edition featuring the Civil War novella "Camp Allegheny."

Add to Cart
"Mann’s writing combines elegance and earthiness in realistic passages that move the action along swiftly and dramatically." - Elliott Mackle for Speak Its Name

"This is an exquisitely written story. Jeff Mann’s command of prose is inspiring. He captures a voice that, line by line, is pure pleasure to read, to reread, to wallow in." - Alan Chin for Gay/Lesbian Fiction Book Reviews﻿

"Mann effectively weaves into his narrative the hunger, lice, battle scars, and hardening of men who live through war, and the captive/captor relationship offers nuance and complexity." - Publishers Weekly

"If anyone can do justice to a Civil War fiction yarn and make passions erupt convincingly between a Confederate and a Yankee soldier, it's Jeff Mann." - Impressions of a Reader