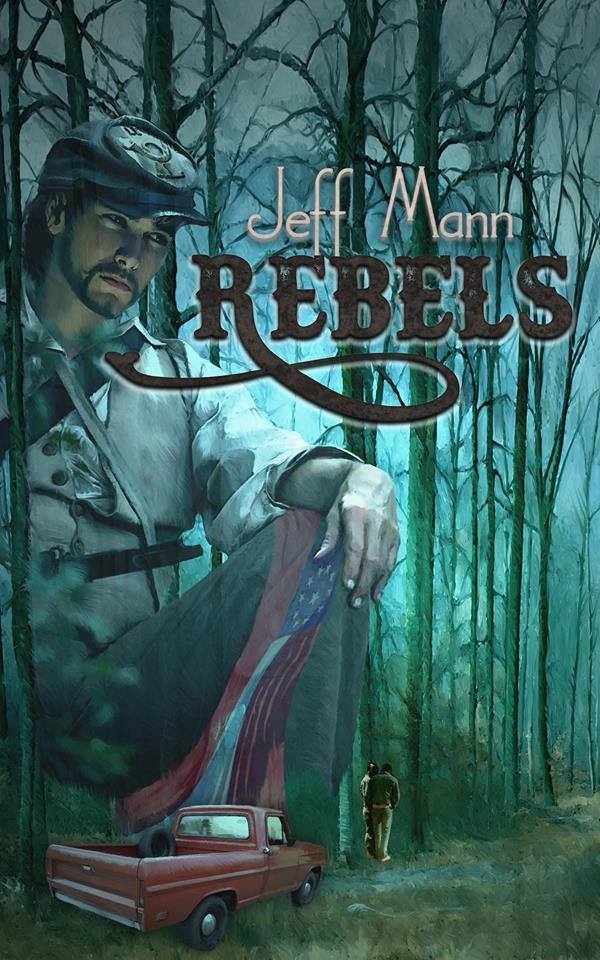 Poets have been responding in lyric to the bloody aspects of war since Homer's era, and the American Civil War, in its scale and ferocity, was unquestionably one of the bloodiest. In Rebels, acclaimed poet Jeff Mann ranges the battlefields where such destruction occurred: famous battles like Malvern Hill, Fredericksburg, Gettysburg, and Cold Harbor, and those lesser known, such as Scary Creek and Cloyd's Farm. In his travels, Mann muses on Southern heritage and the sufferings of the Confederate people, both soldiers and civilians. As he did in his popular Civil War-era novels, Purgatory and Salvation, Mann ''queers'' the War as few other writers have, examining the conflict from a gay man's perspective. In this fine edition, several of Mann's poems have been illustrated by artists, making this volume unique in the fields of both Civil War studies and contemporary poetry.

Illustrated hardcover with dustjacket, 172 pages
Add to Cart
"Mann’s volume of poems is more than a nostalgic meditation on the romanticism of a lost cause. He does not shy away from the horrific aspects of the Civil War: the POW camps, where so many soldiers died of disease, neglect, and starvation; the brutal necessity of amputation and how it was accomplished; the senseless deaths of so many young men, both Rebel and Union. He even goes so far as to acknowledge the irony of his hero worship—for how accepting would the Confederate soldiers have been of a queer in their midst (“Weeping Freak”), had he been alive to join them?" - Keith Glaeske for Lambda Literary Foundation