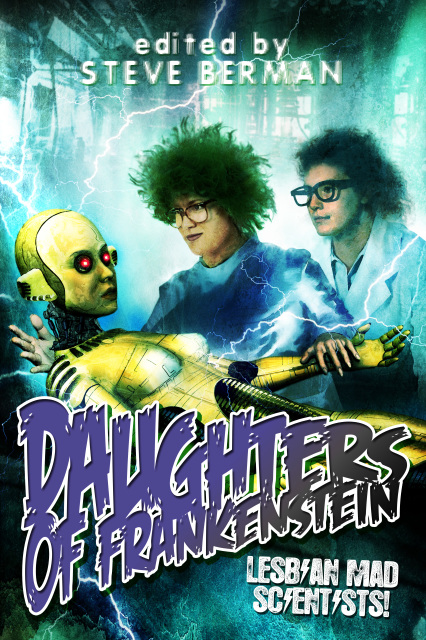 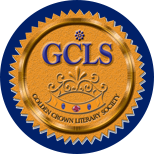 In the field of mad science, women have for too long been ignored, their triumphs misattributed to mere men. Society has seen the laboratory as the province of men. Jacob's Ladder electric arcs, death rays, even test tubes have phallic connotations, subliminally reinforcing the patriarchy. The mother of Mary Shelley, author of Frankenstein, advocated that women appear more masculine to earn respect. If Marie Curie had been allowed to develop her Atomic Gendarmerie for the Institut du radium, surely she would have been awarded her third Nobel Prize, for Peace.

Thankfully, the women working to dangerous and/or questionable ends in the pages of Daughters of Frankenstein are unafraid of the patriarchy--indeed, as lesbian mad scientists, they prefer the company and comforts of their own gender. Androids? Pfeh, the gynoid is superior. Etheric dynamos have a more pleasing design, one that is vulvar, than Tesla coils. Eighteen imaginative, if not insane, women; eighteen stories told by some of the finest writers working in queer speculative fiction today:

"Doubt the Sun" by Faith Mudge

"The Eggshell Curtain" by Romie Stott

“The Riveter” by Sean Eads

“A Shallow Grave of Orange Peel and Eggshells” by Thoraiya Dyer

“Preserving the Integrity of the Feminine Mystique” by Christine Morgan

“Hypatia and Her Sisters” by Amy Griswold

“The Lady of the House of Mirrors” by Rafaela F. Ferraz

“The Ice Weasels of Trebizond” by Mr and Mrs Brenchley

“Love in the Time of Markov Processes” by Megan Arkenberg

And featuring an essay by Jess Nevins: “From Alexander Pope to Splice: a Short History of the Female Mad Scientist.”

A finalist for the Golden Crown Literary Award for Anthology/Collections (Fiction)!

Add to Cart
"All together, a pleasant summer read delivering exactly what it says on the tin. If this is up your alley, you’ll probably quite like it: weird, fun, playful, and full of lesbians doing mad science and breaking out of social conventions." - Brit Mandelo for Tor.com

"Here is a collection of science fiction and fantasy that offers you everything from ice weasels to shrunken immortality to robots to probability-calculating mutants, and on top of that you can be assured every time you start a story that it will be full of women and at least several of them will be queer. This is no small thing. There is a kind of profound relief in reading a collection where you know for a fact that you needn’t brace yourself for boringly typical male protagonists, for casual homophobia, for a dearth of interesting women or for female characters that obviously ought to be dating but inexplicably will barely touch. It’s a real pleasure to just focus on the stories, to appreciate the imagination on display and evaluate the craft without having to constantly push such tiresome tendencies aside." - Miranda Meyer for AfterEllen.com

"Daughters of Frankenstein: Lesbian Mad Scientists is full of stories that follow their premises to the fullest. There's always a risk in an anthology with an extremely narrow focus that the stories will suffer from a certain sameness or an air of collective desperation. Editor Steve Berman has no trouble avoiding this trap as the 18 stories here range from poetic steampunk to Scooby-Doo homage....there's a wide and wonderful buffet of stories available within." - Karen Burnham for Locus

"...a rare combination of subverted gender norms and nostalgic pulp: sometimes provocative and generally fun. While the anthology’s theme may sound niche, the reading experience argues the opposite. Short fiction fans of all stripes will find much to compel them (and to scare, excite, arouse, and amuse them, as well)." - Kirkus Reviews

"The book might as well have been subtitled Women Who Misbehave, given how many of the protagonists flout custom, challenge authority, and make a mockery of the laws of both society and nature—by robbing banks, raising the dead, or building mechanical wonders....this intersection of mad science and lesbian leanings is entertaining and wonderfully weird." - Publishers Weekly