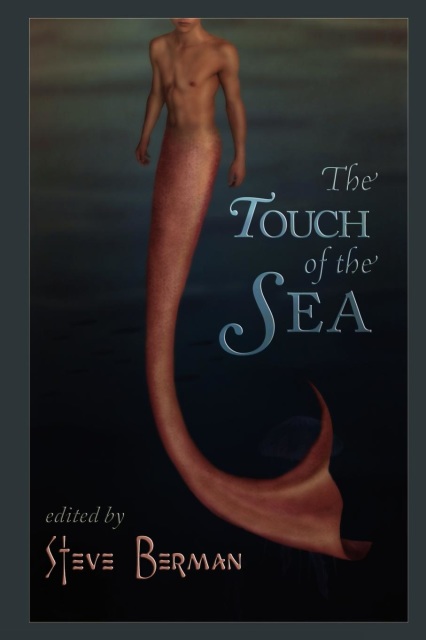 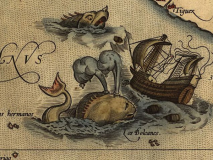 The Touch of the Sea

"At sea a fellow comes out. Salt water is like wine, in that respect." - Herman Melville.

Greek myths held that Oceanus to be a massive river surrounding the land. A Titan, son of sky and earth, he was depicted as a handsome, muscular man whose torso ended in a scaled tail. As the Olympians emerged, Oceanus retreated, his domain restricted to strange and dangerous shores, the realm of sailors' fortunes and worries. So, too, are the eleven tales within the pages of The Touch of the Sea: fantastical, at times eerie, with sightings of mermen, water spirits, and sea beasts (even the fabled "living island," the aspidochelone) as well as a smattering of pirates. What makes these stories memorable is that they affirm the masculinity of the sea, the taste of brine on another man's lips. Become mates with such award-winning authors as Joel Lane and Jeff Mann--seasoned storytellers 'Nathan Bourgeoine, Chaz Brenchley, and Alex Jeffers--and a wide array of coxswains: Brandon Cracraft, Jonathan Harper, John Howard, Vincent Kovar, Matthew A. Merendo, Damon Shaw--under the helm of editor Steve Berman.

"Time and Tide" by 'Nathan Burgoine

"The Calm Tonight" by Matthew A. Merendo

"The Bloated Woman" by Jonathan Harper

"The Stone of Sacrifice" by Jeff Mann

"The Grief of Seagulls" by Joel Lane

"Ban's Dream of the Sea" by Alex Jeffers

"Night of the Sea Beast" by Brandon Cracraft

"Out to Sea" by John Howard

Add to Cart
"Overall, the stories in The Touch of the Sea are well crafted and while all are entertaining, some tales are downright mesmerizing. They also fit this anthology perfectly so that by the time I finished reading, I could smell the sea salt and feel that sunshine. Fun!" - Impressions of a Reader

"The eleven stories that comprise The Touch of the Sea  take full advantage of not only locations but the ocean’s mysterious elements as well. Sea creatures abound, interacting with both humans and themselves, present and the past." - Out in Print