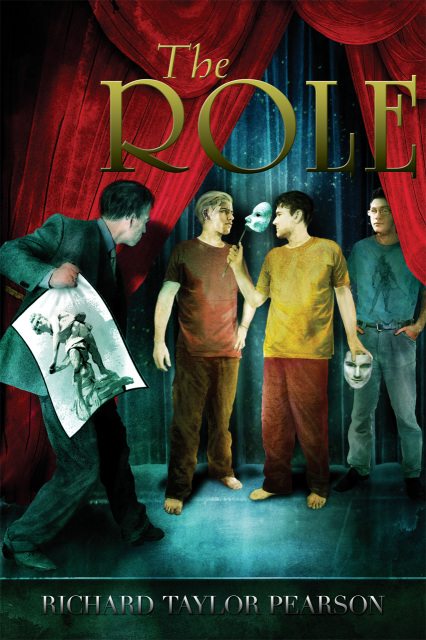 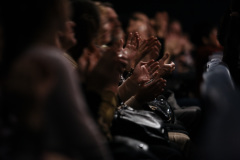 Mason Burroughs is an actor on the verge of giving up after being turned away at audition after audition. But his life changes when he bumps into Kevin Caldwell, an old crush from acting school. Kevin helps Mason land a role that could make him the next Broadway star. However, as rehearsals begin, Mason learns that there’s a lot more drama than just what’s on stage. With a personal trainer claiming he can mold his body to resemble a Greek statue, an underhanded understudy waiting in the wings to replace him, a megalomaniacal director, and Kevin hellbent on breaking up Mason and his boyfriend, Mason must choose how much he is willing to sacrifice to make his Broadway dream a reality.

Richard Taylor Pearson is a triple threat: author, actor, and attorney. He grew up in Arkansas, where he appeared in many plays and musicals. Richard went on to obtain a law degree from Rutgers School of Law. While he works as an attorney by day, his nights and weekends are spent writing novels and performing in theatrical events all over New York City. Richard lives in Jersey City with his brilliant husband, Brian, and their amazing daughter, Natalie.

Paperback, 296 pages
Add to Cart
﻿﻿﻿﻿﻿﻿﻿"The steamy debut novel adds an overlay of confused identity to what is essentially a fantasia, with a Cinderella makeover swirling Mason into the limelight and the affections of a previously unattainable hunk...and there’s a splendid supporting cast of colorful, well-drawn secondary characters." - Kirkus Reviews

"Richard Taylor Pearson's delightful debut novel, The Role, offers a front row seat and backstage pass to the staging of a Broadway play, from auditions to opening night, and demonstrates the physical and emotional labor of love theater folk endure in order to make a fantasy world come to life.... Anyone involved in theater, either professionally or just as a hobby, can attest to the bonds that form during a stage production. Friendships and romance naturally result from the time spent together reciting lines and blocking movement, and during the occasional drink or snack after rehearsal. Pearson's exquisite prose manages to bring this atmosphere to life on the page, where the players almost feel like members of your own family." - Edge NY

​“A dishy, gossipy, flirty, sexy, dramatic—and of course gay—romance of the theater. Richard Taylor Pearson introduces us to the players behind a would-be Broadway hit. The hunky leading man is adored by the nervous newcomer who is intimidated by the catty understudy, and all of them are getting stroked, cajoled, browbeaten and manipulated by a mad genius director who holds 'private sessions' before rehearsal. If you eat up backstage intrigue, if you have playbill.com bookmarked, if Tony night is your Super Bowl, you will definitely get into The Role!" - David Pratt, author of Looking After Joey and Bob the Book

Listen to Pearson's interview at The Word: Richard's journey in theater and writing || Writing about theater || Surprises for a first time writer || Balancing the triple threat || Kirkus Reviews || RFQs || What's Ahead || Credits and Outtake