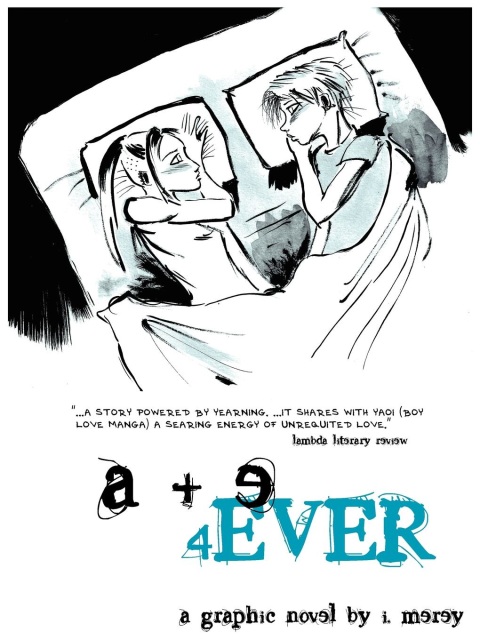 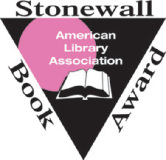 Asher Machnik is a teenage boy cursed with a beautiful androgynous face. Guys punch him, girls slag him and by high school he's developed an intense fear of being touched. Art remains his only escape from an otherwise emotionally empty life. Eulalie Mason is the lonely, tough-talking dyke from school who befriends Ash. The only one to see and accept all of his sides as a loner, a fellow artist and a best friend, she's starting to wonder if ash is ever going to see all of her.... a + e 4EVER is a graphic novel set in that ambiguous crossroads where love and friendship, boy and girl, straight and gay meet. It goes where few books have ventured, into genderqueer life, where affections aren't black and white. Listed as one of the Top 10 Graphic Novels for Youth (2012) by Booklist.

Paperback, 214 black & white illustrated pages
Add to Cart
"And so this is a story powered by yearning. Though the book describes itself as a genderqueer tale, it shares with yaoi (boy love manga) a searing energy of unrequited love, a passion that unfulfilled is more gripping to readers than the actual coupling of characters could ever be." - Lambda Literary

"Merey's soulful story shows just how tenuous our understanding of identity, friendship, and romance can be. Although the work appears sketchy at first glance, every line is clear and every word is clarifying. These are authentic teens with attitudes, sound tracks, and sexual curiosity."  --Booklist, starred review

''This Stonewall Honor Book, drawn with deceptively sketchy art, tells the soulful story of the intense relationship between a shy, bisexual pretty boy and a lesbian with the appetite of a trucker.'' --Ian Chipman, for Booklist's Top 10 Graphic Novels for Youth: 2012

"Let’s get right to it: this graphic novel is about two a) artistic, b) music-loving, c) Jewish, and d) genderqueer friends who consider becoming something more. From that line alone, I think it’s safe to say that we all desperately need this book." - John Hansen for ​The Guardian