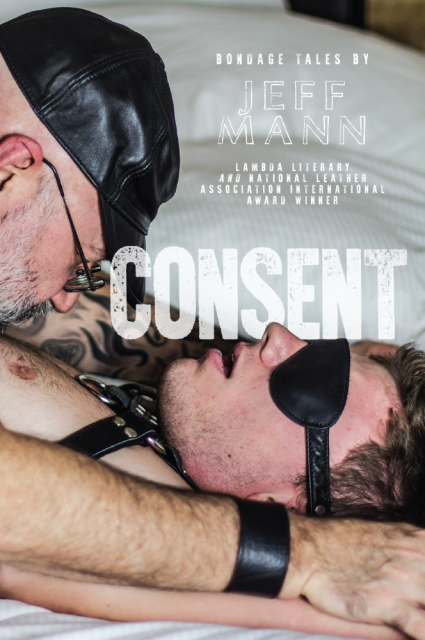 "Leather vests, harnesses, and blindfolds commingle with binding ropes, ball-gags, stainless steel dog bowls, milk, and leashes, collectively and beautifully illustrating demonstrations of subservience and consensual domination. There is no question that one of Mann's biggest joys in life is the adoration of a hirsute male..." - The Bay Area Reporter

"Really, there is only one thing you need to know about Jeff Mann’s erotica.It is hot." - Out in Print
Purchase from Amazon

Outside an isolated cabin, winter fog caresses spruce trees. Inside, two men, lovers, have enacted a plan of revenge, kidnapping the handsome son of the man who wronged one of them. Al, the accomplice, has stalked Rob for weeks,and his infatuation for the young man has grown deeper than he ever anticipated. So much so that he finds himself drawn to protect Rob from the rage and vengeance burning away his partner Jay's insides. Caring for their bound and gagged captive, with each passing day Al finds his power over Rob a potent and irresistible aphrodisiac and his heart dangerously moved. But Jay has no intention of ever allowing the young man to escape.

Winner of the Pauline Reage Novel Award of the National Leather Association: International!