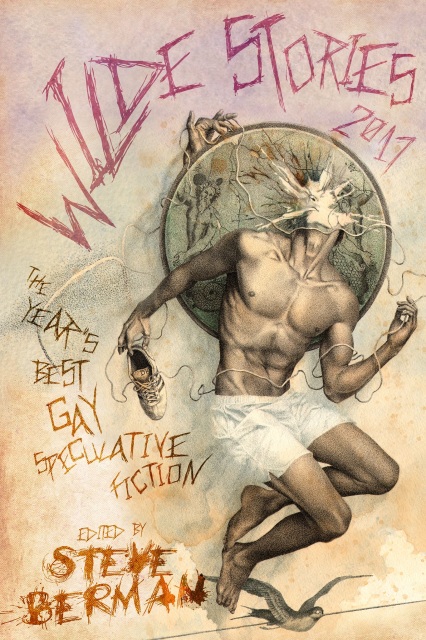 A man named Turing visits a museum to see its rarest automata; during the Plague Years, three artists seeking to express a voice for their friends lost to AIDS unwittingly create life; a far-future restaurant offers patrons questionable cuisine; an immortal assassin may be one step closer to a paranoid king, despite his unspeakable precautions; the very existence of a mysterious and ancient golden android challenges a clergyman's faith...

Wilde Stories showcases the previous year’s best offerings in gay short fantasy, science-fiction, and horror. This edition includes award-winning and critically acclaimed authors Sam J. Miller, A. Merc Rustad, A.C. Wise, Martin Pousson, and more. The stories in this, the latest volume in this annual series, challenges the definition of life and infamy, existence and reputation, were chosen by Steve Berman, the premier editor of queer speculative fiction for more than a decade. Contains the World Fantasy Award-winning story by G.V. Anderson!

"The Tale of the Costume Maker" by Steve Carr
"Das Steingeschöpf" by G.V. Anderson
"Where’s the Rest of Me?" by Matthew Cheney
"The Gentleman of Chaos" by A. Merc Rustad
"Frost" by 'Nathan Burgoine
"Bull of Heaven" by Gabriel Murray
"The Sound a Raven Makes" by Mathew Scaletta
"Angel, Monster, Man" by Sam J. Miller
"Most Holy Ghost" by Martin Pousson
​   "Ratcatcher" by  Amy Griswold
"The Drowning Line" by Haralambi Markov
"My Own Heart's Desire" by Robert Levy
"The Turing Test" by Eric Schaller
"Of All Possible Worlds" by Eneasz Brodski
"Carnivores" by Rich Larson
"It's the End of the World As We Know It" by A.C. Wise
"The Death of Paul Bunyon" by Charles Payseur

Add to Cart
"This collection highlights the power of speculative fiction to unravel and explore the desires, dreams, and problems of the here and now." - Publishers Weekly
Purchase for the Kindle