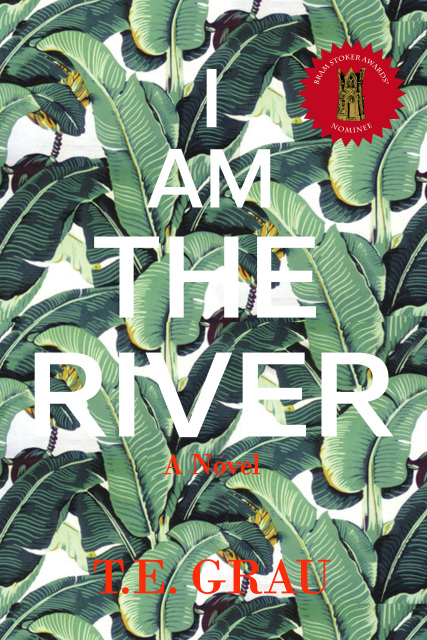 I Am The River

During the last desperate days of the Vietnam War, American soldier Israel Broussard is assigned to a secret CIA PSYOP far behind enemy lines meant to drive terror into the heart of the North Vietnamese and end an unwinnable war. When the mission goes sideways, Broussard is plunged into a nightmare that he soon finds he is unable to escape, dragging a remnant of that night in the Laotian wilderness with him no matter how far he runs. Five years later, too damaged to return home and holed up in the slums of Bangkok, where he battles sleep, guilt, and a creeping sense of madness, Broussard discovers that he must journey back to the jungles of Laos in an attempt to set things right and reclaim what is left of his life.

A fever dream with a Benzedrine chaser, I Am The River provides a daring, often surreal examination of the Vietnam War and the days after it, burrowing down past the bullets and battlefields to discover the lingering horror of warfare, the human consequences of organized violence, and the lasting effects of trauma on the psyche, and the soul.

A finalist for the Bram Stoker Award for First Novel!

T.E. Grau is the author of dozens of stories and other written works, including the books They Don’t Come Home Anymore, Triptych: Three Cosmic Tales, The Lost Aklo Stories, The Mission, and The Nameless Dark, which was nominated for a 2015 Shirley Jackson Award for Single-Author Collection. Grau lives in Los Angeles with his wife and daughter.

Add to Cart
"Grau’s poetic prose and stunning evocation of time and place, from the killing fields of Vietnam to the haunted alleyways of Bangkok, form a fever dream of copious bloodshed and many shades of gray." - Publishers Weekly, starred review

"With echos of Peter Straub's KOKO and Apocalypse Now, TE Grau's blazing, immersive novel takes us on the hell-ride of the Vietnam War's last days as its raging waters also carry us through the first of our last days. I Am the River is a hallucinatory tour de force." - Paul Tremblay, author of A Head Full of Ghosts and The Cabin at the End of the World

“A sense of being hunted, and haunted, hits you right from the start of I Am The River. That mood only grows in intensity as the scope of this novel’s nightmare takes shape. It’s supernatural and geopolitical and an unforgettable time. Denis Johnson’s Tree of Smoke comes to mind, the work of Peter Straub and Tim O’Brien, too. In other words T.E. Grau is writing the good stuff. Get some.” - Victor LaValle, author The Ballad of Black Tom

"I Am The River is a horror novel, yes, and it never skimps on its mission to unsettle us. It is also a book that finds horror not only in blood and shadows, but in the very real abysses that separate us: race, culture, and the manipulations of people by governments and by war. It moves quickly and intelligently from its first page to its last, evoking its nightmares in gorgeous, evocative, disturbing prose. A must-read!" - Christopher Coake, author of You Came Back
Purchase from amazon