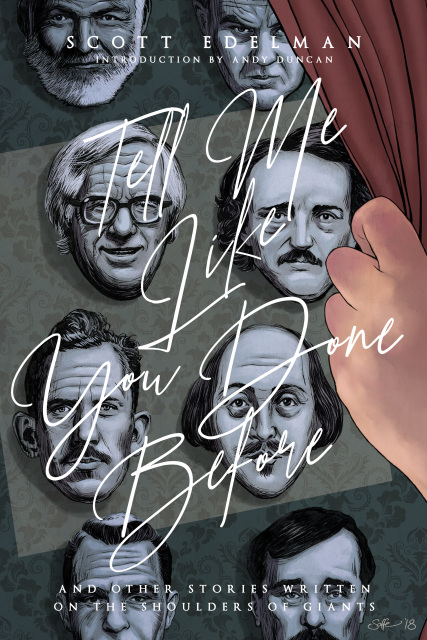 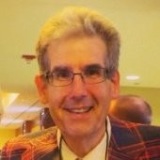 and other stories written on the shoulders of giants

by Scott Edelman, with an Introduction by Andy Duncan

Wonderful and wry pastiches! Scott Edelman's newest collection brings together his fiction inspired by master storytellers - Edgar Allan Poe, John Steinbeck, Alice Sheldon among others. Herein can be found the Shakespearean riff of a living son of the mayor of New York City falls in love with the daughter of the zombie king, a Bradburyesque aged carnival attraction who promised patrons immortality, and a Wellsian figure deals with the impossibility of miracles. The collection features notes by Edelman that offer insight into each story's birth and the importance of the storyteller he sought to emulation.

"What We Still Talk About"

"And the Trees Were Happy"

"My Life is Good"

"Pity This Busy Monster Not"

"I Wish I Knew Where I Was Going"

"A Plague On Both Your Houses"

"The Final Charge of Mr. Electrico"

"A Most Extraordinary Man"

"This is Where the Title Goes"

"The Man Who Wouldn’t Work Miracles"

Add to Cart
"Thoughtful readers of horror and SF will find Edelman’s ingenious work well worth digging into." - ​Publishers Weekly

"There are generally two angles of attack with stories like these. One is to imitate precisely the style of the original writer, and even make direct reference and tie-ins to certain stories. The second approach is to be more loose, playing with the signature themes and topics and characters of the model without getting too specific. Edelman uses both methods here to good effect. In the Wells, Saki, Tiptree, and Bradbury pieces for instance, we get deft, accurate pastiches of the original, whereas in the Carver, Grant, and Poe excursions, the elder authors serve as generalized ideals on which to spin off kindred fictions." - Locus Magazine