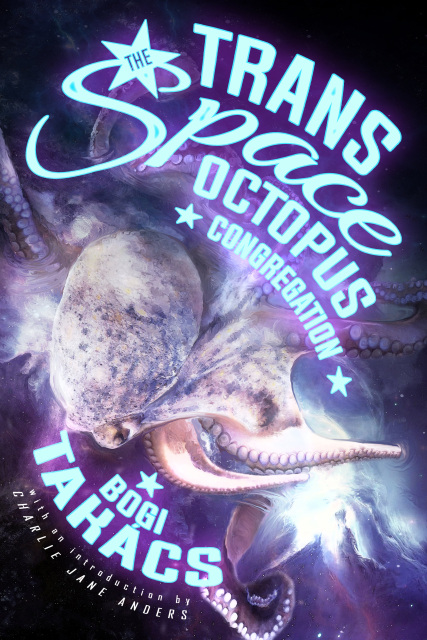 With an introduction by Charlie Jane Anders

Lethe Press is excited to be releasing the debut short story collection by Bogi Takács. Takács may be known more for their recent editorial efforts, Takács is a talented storyteller and poet. An uplifted octopus finds a strange capsule in the water and wonders if one of the long-vanished humans might be found inside; a team of scientists perform some reverse-engineering on a space station and shapeshifting becomes political; and other tales of AI, hybrids, and the far future. A finalist for the Lambda Literary Award for Best Transgender Fiction!

"Takács uses magic, technology, and the otherworldliness of space to explore the horrors of humans’ worst impulses...people and societies surviving at great cost to themselves in the face of war, apocalypse, and death." - Publishers Weekly

"From uplifted octopuses on far flung planets to intensely topical explorations of authoritarianism and tightening borders here on Earth, this collection reveals a dazzling (and sometimes shattering) breadth of speculative fiction. It treats openly with a universe dominated by distance and space but made beautiful by the diverse people and connections that exist in the fleeting light of stars and in the shadows left behind when war and time ravage and ruin. Challenging and formally daring, the stories act as a prod and provocation for readers to engage more deeply with the world around them, to challenge their perspectives by putting them into minds both alien and achingly familiar, seeking empathy beyond what can be easily recognized or understood." - Charles Payseur, Quick Sip Reviews

Add to Cart
Purchase from Amazon