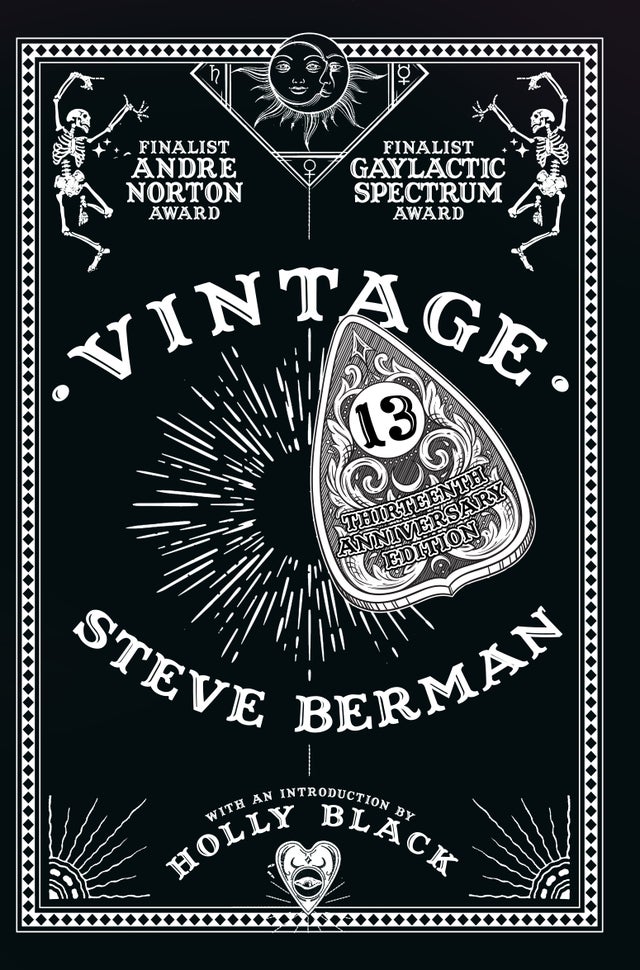 by Steve Berman, featuring an Introduction by Holly Black

On a chilly, autumn night, on a lonely New Jersey highway, a teenager meets the boy of his dreams dressed in vintage clothing. When the boy vanishes, the teenager discovers he’s encountered the local legend, the ghost of a young man who died four decades earlier and has haunted that stretch of road ever since. Curious and smitten, the next evening the teen returns with his best friend. So begins an unusual story of boy-meets-ghost complete with Ouija boards, hours spent in cemeteries, scares and macabre humor. This new edition of the book, to celebrate its thirteenth anniversary, features a new introduction by New York Times best-selling author Holly Black.

“With Vintage, Steve Berman took well-worn tropes of both young adult and speculative fiction and refocused them through a queer lens, creating a story that was groundbreaking, haunting, and deeply moving. It deserves to be remembered as a queer classic.” - Michael Thomas Ford, Five-time Lambda Literary Award-winning author of Lily and Suicide Notes

"Gay teen readers who've been hankering for a horror story all their own will be thrilled with all of the creeps, crawls, chills, and eyeliner that Berman has to offer." - School Library Journal

"Berman has succeeded admirably in writing a powerful and poignant coming-out story." - Bulletin of the Center for Children's Books